We had a great time finding out about Hinduism and Asian culture. Mrs Street showed us different types of Asian clothes - we couldn't believe how long the sari was! She also told us all about what happens when visiting the Mandir (temple) and showed us some Hindu gods and goddesses. We learnt how to greet each other by saying Namaste and how to say our name in Bengali. We used all of our senses - smelling insense, feeling uncooked rice and tasting lots of yummy food including chicken curry, brown rice, poppadoms, naan and Indian sweets. We also tried out some Asian dance, yoga and meditation.

We enjoyed dancing with coloured scarves to celebrate the Hindu festival of Holi.

We found out about the Hindu festival of Diwali in R.E. today.

We went outside to act out the story and then we created our own Rangoli patterns.

This afternoon, we listened carefully to a story about Ganesh, the elephant- headed God. We then acted out this story that Hindus love to listen to.

In Maths, we have been investigating different 3D shapes. We used Play-Doh to make a sphere which we then changed into a cube. We talked about the number and shape of the faces as well as the number of edges and vertices (corners).

CHALLENGE: How many spheres and cubes can you find around your home?

We had a fun morning playing lots of games in English.

We have created front covers for the stories we wrote in English based on the book 'Bob's Best Ever Friend'.

The children have been practising talking through the story. Here is the map so they can practise more at home.

So to celebrate both explorers we made party hats and decorations and had a celebration dance!!

We have been learning about the planets in our Solar System. We acted out how the different planets move around the sun. It was very tricky not to bump into each other!

We then spent time reading lots of facts about the different planets.

Did you know that Jupiter has 39 moons?!

Neil Armstrong landing on the moon..... 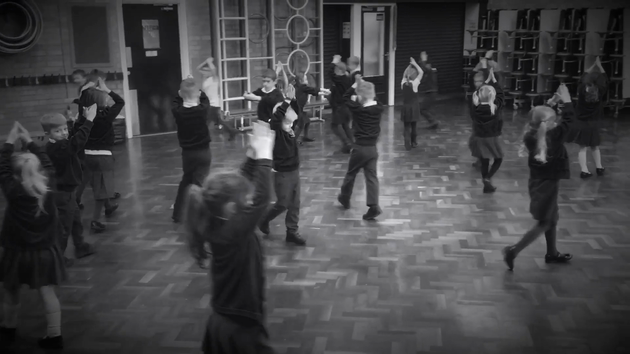 We have started learning about Neil Armstrong in our afternoon lessons.

Today we acted out taking off in his rocket, landing the Eagle on the moon, being Neil Armstrong stepping onto the moon and bouncing along in zero gravity!!

Being thankful at Christmas.

Today we have thought about why the different people in the Christmas Story might be thankful. We then wrote down our ideas on a paper chain. We then created a paper chain with messages of why we are thankful.

This week we have been learning about the Christmas story. We went on a trail around the school grounds to find pictures from the story. We then listened to Mrs Metcalfe read from the Bible.

We designed and made houses for 'The Three Little Pigs'

We have learning about the Jewish Synagogue and looking at the different artefacts you might find in the Synagogue.

We asked lots of questions about them!

We have been investigating how stretchy different socks are. We worked well in our teams whilst measuring the lengths using strips of paper.

We had a fantastic time at Coombe Abbey today!

We listened carefully to the story of The Three Little Pigs before we built a house of sticks for the pigs. We worked well in our teams and helped each other to carry the sticks and logs. Afterwards we looked at each house and tried to blow them down. They all stayed standing and the Big Bad Wolf was defeated by our sturdy houses.

Days of the Week.

Please send in any photos of you practising this in a fun or interesting way!! 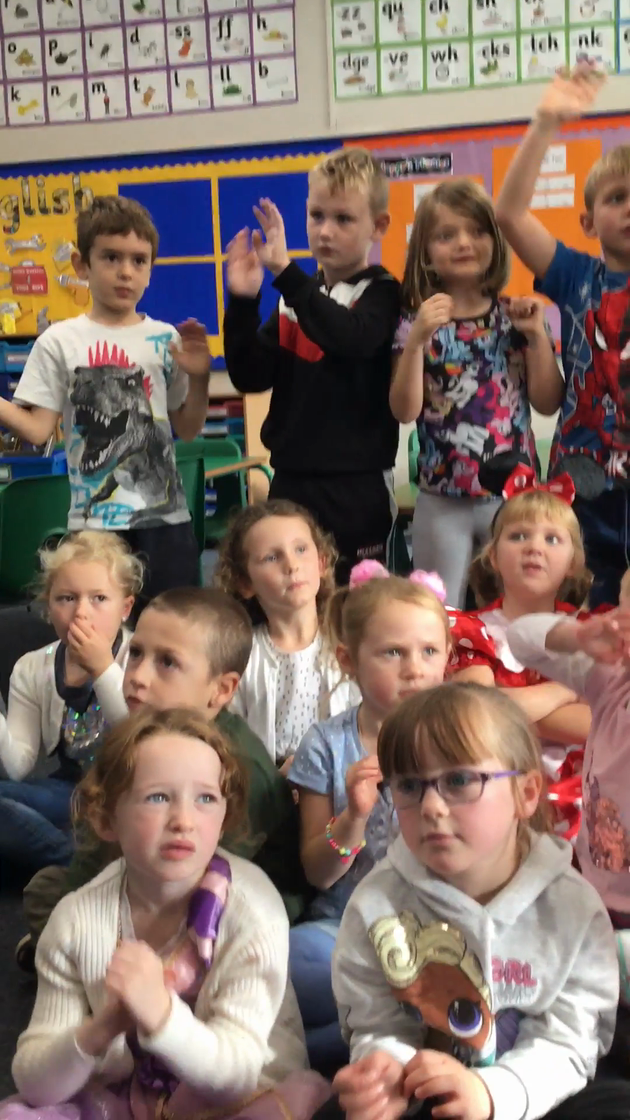 As a celebration of our Seasons topic this half term we learnt an Autumn song. Enjoy!

Today we programed a Bee-Bot with an algorithm to find treasure on a pirate's map. Then we worked in groups to write our own algorithm which we then gave to another group to program into the Bee-Bot.

We have spent this week finding out about the Creation Story.

We went outside and thought of words to describe our wonderful world.

This week in Science we have been exploring our five senses. One of the lessons we found out about our sense of smell by smelling different smells whilst blindfolded and then guessing what it was. We were very good at guessing!

We have started a new PSHE scheme called Jigsaw. Today we all said "Hello" to Jigsaw Jack before talking about how we can help each other to learn in the classroom.

We have a star in the classroom!

This star hangs off the back of a child's chair who is being a star in the classroom during the day.

We have been learning about the artist Giuseppe Arcimboldo this week. The children have found out about his life as well as some of the art he created. We have been using a variety of different media to create our own pieces of work in the style of Arcimboldo. The above piece is called 'Autumn'. We created it as a class using lots of Autumn leaves, conkers, apples and twigs.

We can talk the story of 'Brown Bear, Brown Bear, What Do You See?' using our class story map. We also have created actions for each part of the story.

We went for a walk around the school grounds hunting for signs of Autumn. We found different coloured leaves, berries and acorns.

We are going to make an Autumn nature table in the classroom so we will be hunting for signs of Autumn at home too.

We had lots of fun when we went on our ramble.

We used our senses to talk about all the things around us.

We worked well with our partners creating pictures using 2D shapes. Afterwards we counted how many we had of each shape.

We have been practising writing numbers from 0-10 in lots of different ways. We enjoyed writing on the playground using chalk.

We have started to create a Seasons Tree for our topic display. We had fun painting our hands to create the different leaves.